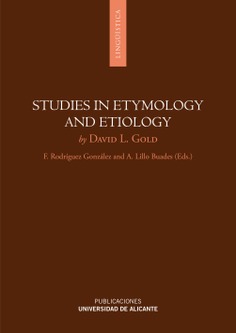 Studies in Etymology and Etiology

With emphasis on germanic, jewish, romance and slavic languages

Dictionaries usually give only brief treatment to etymologies and even etymological dictionaries often do not lavish on them the attention which many deserve. To help fill the gap, the author deals in depth with several etymologically problematic words in various Germanic, Jewish, Romance, and Slavic languages, all of which have hitherto either been misetymologized or not etymologized at all. Sometimes, he succeeds in cracking the nut. Sometimes, he is able only to clear away misunderstanding and set the stage for further treatment. Usually, he marshals not only linguistic but also historical and cultural information. Since this book also discusses methodology, it has the makings of an introduction to the science, art, and craft of etymology. David L. Gold is the founder of the Jewish Name and Family Name File, the Jewish English Archives, and the Association for the Study of Jewish Languages, as well as the editor of Jewish Language Review and Jewish Linguistic Studies.